Music Support, the charity that provides help and support for those who work in all aspects of the UK music industry and live events affected by mental ill-health and/or addiction, are incredibly grateful, touched, honoured and privileged to have been chosen as one of the beneficiary charities for these amazing shows.

The TAYLOR HAWKINS TRIBUTES CONCERTS are two all-star global benefit events celebrating the memory and music of a rock and roll legend. The tribute shows will pay respect to Taylor’s memory and his legacy as a global rock icon with his friends, family and idols playing the songs that he loved and created, with and alongside his Foo Fighters brothers Dave Grohl, Nate Mendel, Chris Shiflett, Pat Smear and Rami Jaffee.

The ranks of rock royalty joining The Taylor Hawkins Tribute Concerts to honour the life, music and love of one of modern music’s most beloved figures have continued to grow, with recent additions to the London and Los Angeles lineups including members of AC/DC, Black Sabbath, Def Leppard, Metallica, Blink-182, Pretenders and more.

View the full line ups for the tibute shows below. 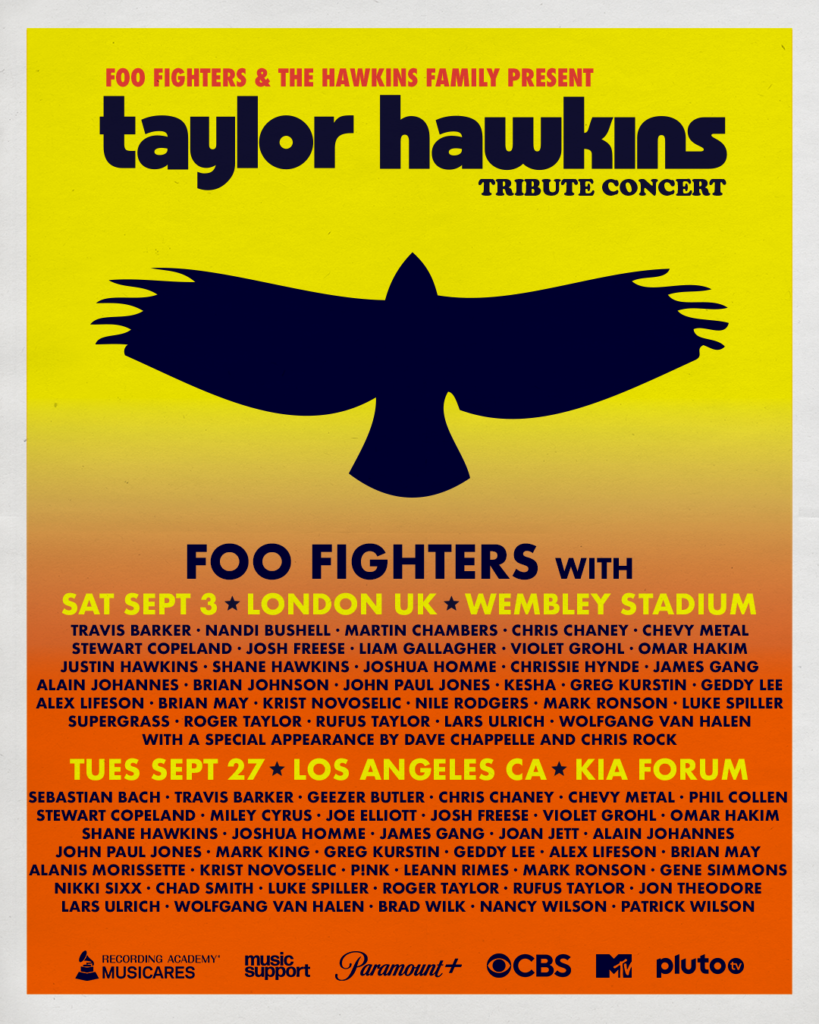 If you would like to donate to Music Support in memory of Taylor Hawkins so that we may best serve his legacy by providing our essential services to more people, please click the link below.